We ‘re finding it a bit hard to believe, but 2016 really is our 30th anniversary year.*

In the spare room of a farm cottage near Galashiels in the Scottish Borders, “Birnam Tapes” made a very humble start in 1986, armed with a reel-to-reel tape recorder + ten cassette decks. Our first job was to produce 250 cassette albums for the Scottish folk trio “Blackeyed Biddy”.

The independent music scene has grown substantially since then and we’ve grown with it. After a couple of name changes (Birnam Cassette Duplication, Birnam CD), we are now “Birnam CD Limited” and, to kick-start 2016, we have already made and delivered a total of 16,000 CDs just for clients launching new albums at January’s Celtic Connections Festival in Glasgow.

And we have a great list of top-notch projects lined up for the months to come.

So, as we look forward to what is a special year for us, we would like to thank all of our clients, both past and present, for having entrusted us with their creativity, both musical and visual.

We’ll be looking back as well as forward in the coming year and, from time to time, posting some images from our early days right up to the present. 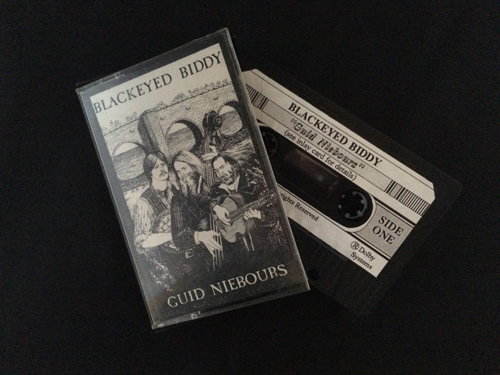 * To put this into a bit of context, the year we established the business was the same year that:

The UK & France announced plans to build a Channel Tunnel;

Argentina, helped by Maradonna’s “Hand of God” goal, went on to win the World Cup in Mexico;

The M25 was officially opened