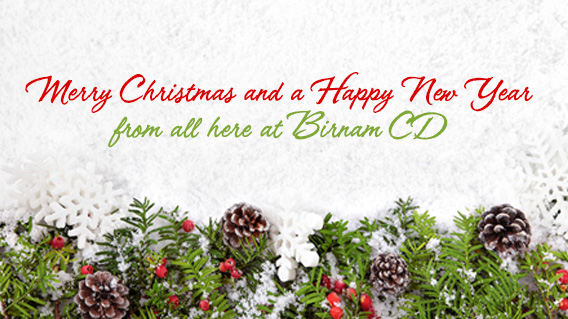 If you’re looking for things to do in January then check out Celtic Connections in Glasgow which starts on 19th January and runs through until the 5th February. It’s the largest annual winter music festival of it’s kind and we’ll be posting about it when we come back in January but in the meantime, have a look at the Celtic Connections website to see the great line up of musicians and gigs. Hope to catch up with some of you at the many, great events.

Wishing all of you a very Happy Christmas and a great New Year. 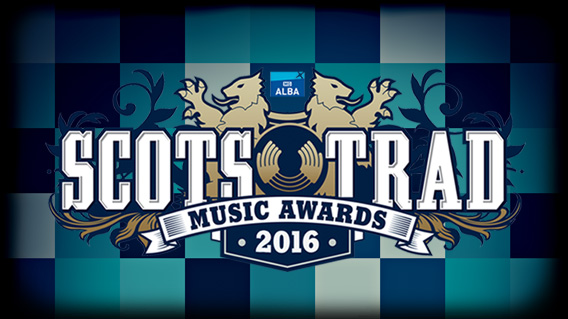 What a fantastic night we all had at the Scots Trad Music Awards this year. Hosted by Dundee’s Caird Hall for the second year in a row, the event is justifiably touted as one of traditional music’s biggest highlights. This year did plenty to retain that sentiment; wonderful performances from a variety of Scotland’s homegrown talent, moving speeches from some of the most renowned voices on the scene and, of course, and great craic.

The ceremony launched with a thunderous performance by the Scott Wood Band, backed by an impressive accompaniment of guest musicians. Passers-by on the street from outside the scene could be forgiven for thinking they were overhearing a roaring rock’n’roll performance, for you’d be hard-pressed to find more energy in a performance across any genre.

As ever, the awards were hosted by Mary Ann Kennedy and Tony Kearney, who did a great job of keeping things moving along at a good pace, with one notable (but very understandable) exception. When BBC Radio Scotland’s Take The Floor claimed Trad Music in the Media, and Robbie Shepherd (who this year retired from the show) took to the stage to collect the award alongside his successor Gary Innes and the rest of the team from the show, the audience couldn’t wait to jump to their feet and offer the longest standing ovation of the night. Given how much Robbie has contributed to our traditional music scene over the years, the comperes certainly can not be held to account for the time this show of admiration went on.

With the Scott Wood Band kicking things off with such a high-octane set, one might have wondered if that would set the tone for the rest of the evening. However, the other acts that were brought out to play really demonstrated the wealth and breadth of the Scottish folk scene. Dallahan brought their far-reaching brand of music to the stage, blending traditional Scottish elements with material from across Europe. Songs of Separation, which combines the talents of many of the most respected and recognised women in Scottish and English music, delighted with their beautiful harmonies and moving arrangements. Abercraig, a collection of very talented youngsters local to the area, reminded everyone that traditional music is alive and well in the next generation. Talisk, featuring BBC Radio Scotland’s Young Traditional Musician of the Year Mohsen Amini, got the feet moving with their compelling music. The Halton Quartet injected a little jazz into the evening, the Robbie Shepherd Tribute Band brought along some fantastic dance music, and as if all that wasn’t enough, the crowd were also treated to performances by Tryst and Wilma Kennedy with Finlay Wells.

Thanks to Simon and the team at Hands Up For Trad for another great evening. We look forward to seeing everyone in Paisley next year for the MG ALBA Scots Trad Music Awards 2017! 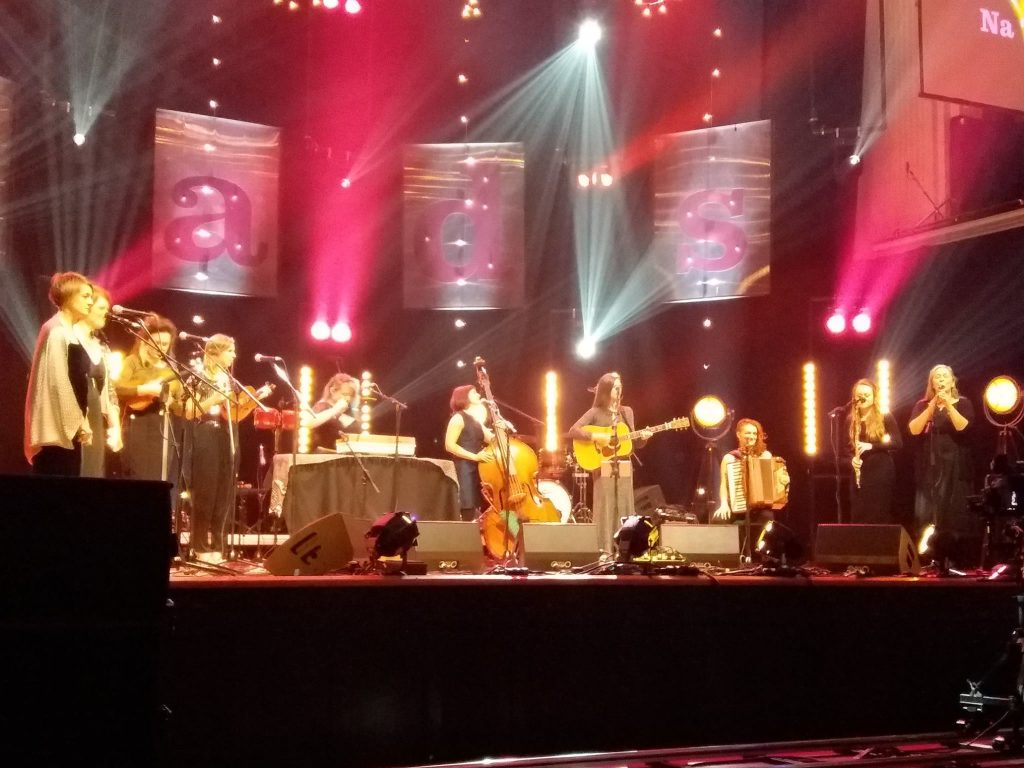 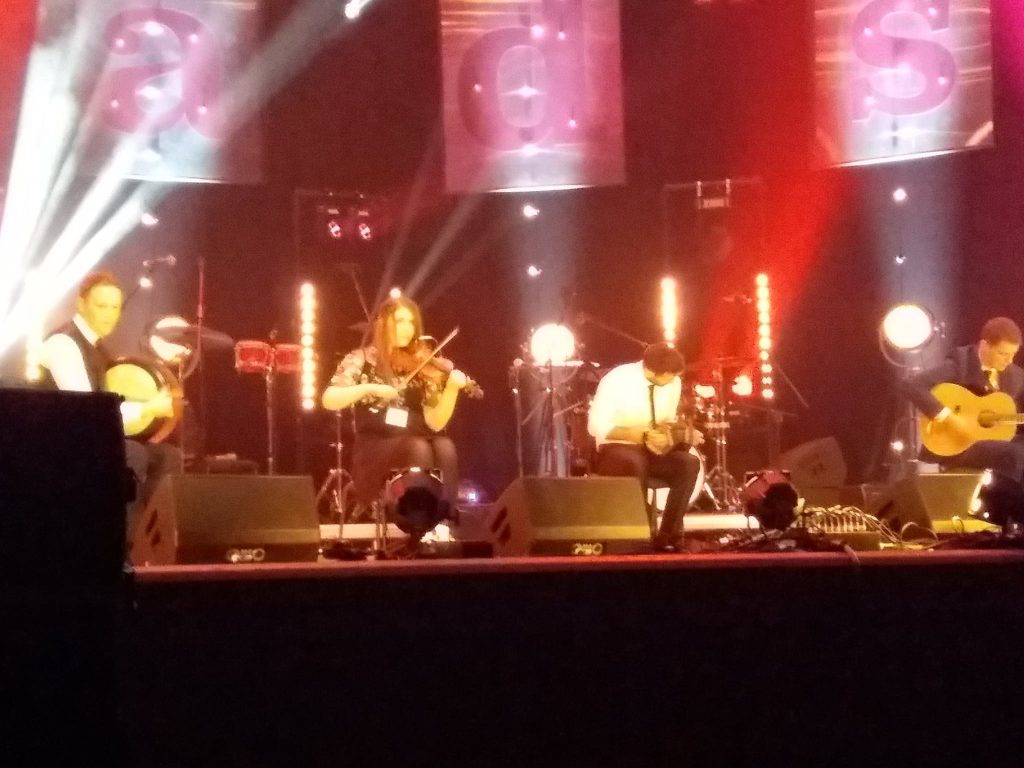 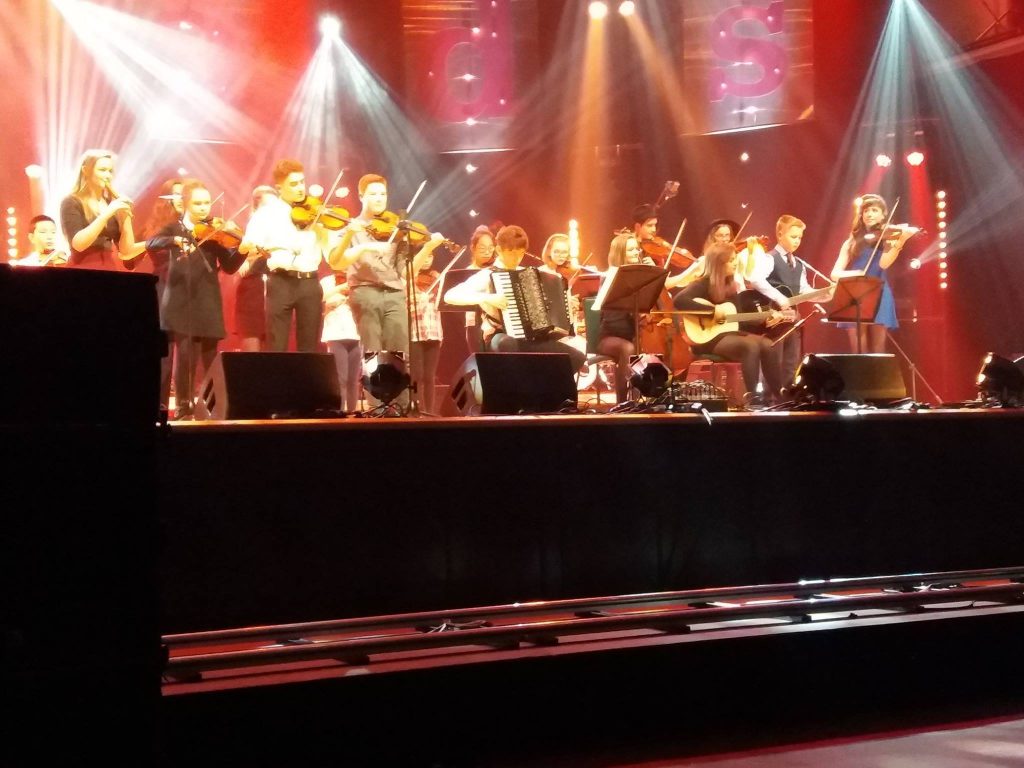 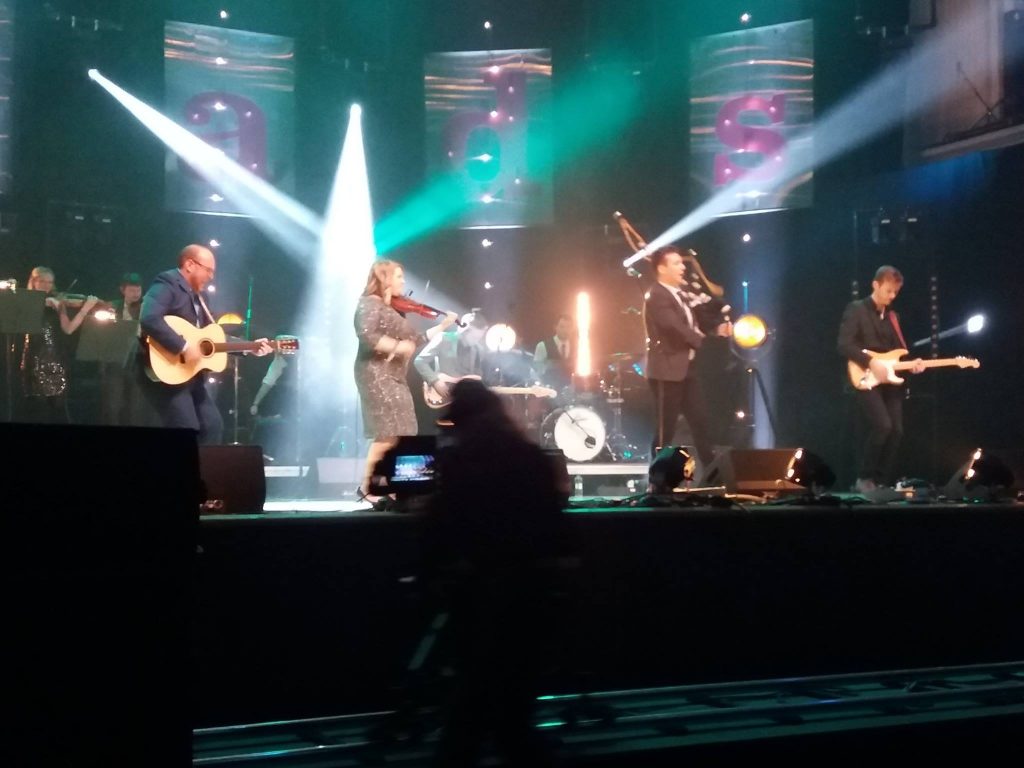