As we do every year, Birnam will be closing our doors for a couple of weeks over the festive period so we can all take a collective breath and enjoy both Christmas and the New Year Celebrations.

We hope you all have a great time over the holidays and we look forward to working with you all in 2018.

Help Musicians UK have launched a mental health support line and service for the music industry.

Now in its 15th year, the MG Alba Scots Trad Music Awards, this year held in Paisley, once again presented an incredible selection of wonderful performances from a wide range of hugely talented artists. The event itself was held in the Paisley Lagoon Centre which, along with the very impressive lighting and sound, provided a spectacular, glitzy venue for the evening.

The event kicked off with a powerful performance by The Shee Big Band, on great form with beautiful harmonies in their opening song followed by a foot-stompin’ instrumental set. 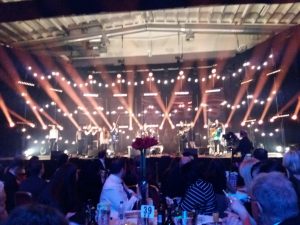 Lori Watson, with a stunning vocal performance, confirmed just why her imminent new album “Yarrow Valley Sessions” is so eagerly anticipated (it’s in production now and will be available soon – honest!!). 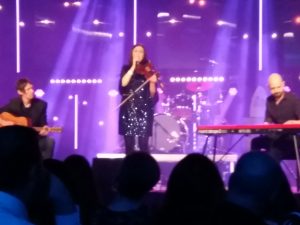 It was lovely to see the enthusiasm and talent shining from all the young folk of Fèis Phàislig who earned a highly enthusiastic ovation from the crowd in the hall. 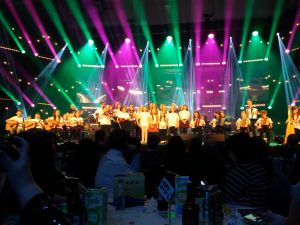 Ross Ainslie was the only solo act to take to the stage on the night, but his performance was every bit as powerful as the other acts on show  – and made all the more powerful by the skilful and dramatic stage lighting. 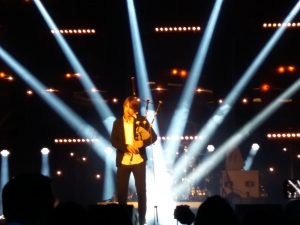 Considering the number of awards she has now won, Scots singer of the year Siobhan Miller must surely be in the market for a bigger mantelpiece these days. Her performance towards the end of the night showed just why she is so acclaimed, and her rendition of Andy M. Stewart’s classic “Rambling Rover” certainly had the entire assembly find its voice. 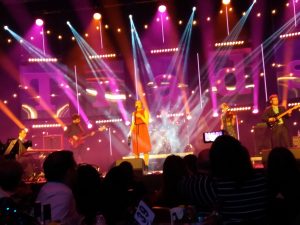 The evening finished with a set by Inverness quintet Elephant Sessions, rounding off what has been an outstanding year for the band by getting the audience up on their feet to bring a great end to a truly special night. 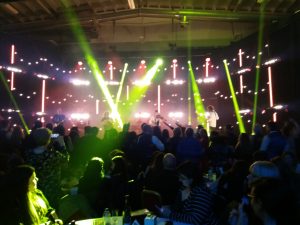 Thanks and congratulations to Simon Thoumire and the Hands Up for Trad team for once again putting together an incredible line up for the awards ceremony and well done to all of the nominees who made it to the final lists.

Composer of the Year – Adam Sutherland

Live Act of the Year – Skippinnish

Up and Coming Artist – Ho-ro

Folk Band of the Year – Talisk

Instrumentalist of the Year – Gary Innes

Venue of the Year – Tolbooth (Stirling)