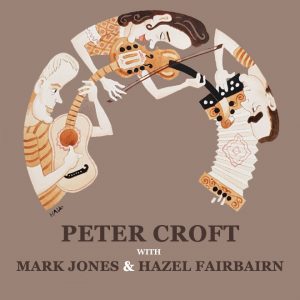 Button Box Breakdown is a collection of Old Time, Bluegrass and Western Swing instrumentals played on the Cajun accordion. Peter Croft is joined by Mark Jones on guitar and Hazel Fairbairn on fiddle and viola.

The collection consists of seven Old Time fiddle reels and waltzes, a Western Swing rag, a Bluegrass reel, a Creole blues, a Cajun two-step and two self-penned tunes by Peter. The first of these, the eponymous track Button Box Breakdown, is a syncopated piece which seeks to merge the influences of Celtic and American styles which have guided Peter’s playing over the years. The second, Caterpillar Valley, is in honour of his grandfather.

Peter has been steeped in traditional music since childhood and the short-lived skiffle boom, which opened the door to appreciation of the various strands of American traditional music. The music of the Cajuns of Louisiana, with its mix of plaintive blues and infectious dance rhythms, enthralled him and the Cajun accordion became his chosen instrument.

Peter was born in Leith and grew up in Felixstowe, Suffolk, where he was inspired to take up the melodeon by the renowned Tony Hall and learnt from various Suffolk players of the instrument, before returning to Edinburgh. He plays regularly in the Edinburgh pub Sandy Bell’s, where the Cajun accordion is put to use on Gaelic waltzes, pipe marches, reels and jigs.

Mark Jones is a flatpick bluegrass guitarist having studied the genre in both the UK and USA, spending three years in East Tennessee. Although originally from Cambridge, he currently resides in Louth, Lincolnshire and keeps busy recording, touring and with festival appearances with a bluegrass trio, The Basstree String Band.

Hazel Fairbairn studied music at the City University and viola at the Guildhall School of Music and Drama. Following this, studying Ethnomusicology at University College Cork and the University of Cambridge provided the opportunity to pursue a growing fascination with Irish traditional music. It was also in Cambridge that Hazel played with Peter Croft and Mark Jones, sparking a lifelong love of Old Time fiddle tunes and Cajun music. She now lives in Vancouver, Canada.

Mountain fiddle music played on the Cajun accordion was the plan. Here is the result.

High-res JPGs of the album cover and various press pics for use in your online article. Please right-click an image and select “Save As” to download.

*No credit was given for these images. 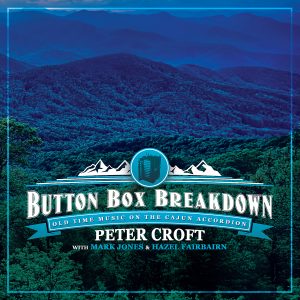 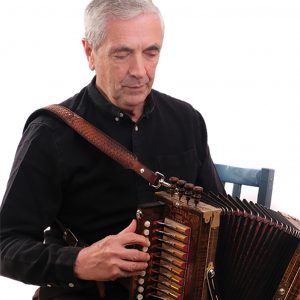 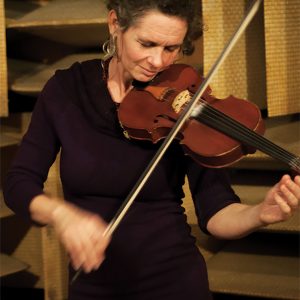