This CD is intended, in part, to acknowledge the contribution which John Saich and Mags Russell of Wild Biscuit have made to the songs of Sheila K Cameron.

It consists of two separate selections which, for present purposes, have been combined to illustrate something of the range of material which they have produced.

From what was initially a tentative collaboration came seven tracks which were released in 2016 as a small album entitled MORE LIKE A RIVER THAN A ROAD. Written and recorded by Sheila K Cameron and arranged by Wild Biscuit, the songs were closely associated with the TLELL RIVER on HAIDA GWAII.

Others followed on and it is a selection of these, chosen by Wild Biscuit, which have been used in this further example of their work.

And if it began with a river on a group of islands off the NORTH WEST COAST of CANADA, it has moved in this second selection to the shores of TIREE, an island off the WEST COAST of SCOTLAND where the title track ALL YOU REALLY NEED IS THE SEA was written.

Of all that has been said about me as a singer and as a songwriter, the comments which have most made me doubt that I should be doing this have included ‘not to be listened to while driving’. Those which follow have been some of the most welcome –

‘It is that force of love that sees Sheila K. Cameron take yet another stride forward as being recognised, quite rightly as a vocalist and lyric writer of distinction’

‘Hers is a voice that speaks of maturity and a life lived defiantly, if not always easily. It has a natural, unforced sound with occasional displays of unexpected depth that pack a powerful emotional punch’

‘Cameron’s singing is not pitch-perfect but it’s absolutely authentic, intimate and lived- in, a real voice of experience making a visceral connection’

‘A steadfast traveller on her own road, Cameron is rare, precious and utterly unique’

The last two from Su O’Brien of www.folking.com are surely more than I deserve – but I have accepted both with pleasure.

High-res JPG of the album cover for use in your online article. Please right-click an image and select “Save As” to download.

*No credit was given for these images. 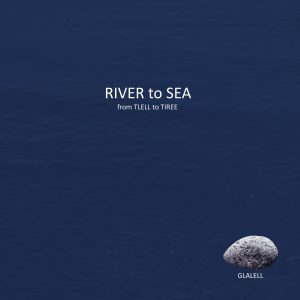